In early 2019 I was invited to create the identity for and take part in a group exhibition celebrating the 100th anniversary of the Bauhaus held at LCI Melbourne.

Along with a diverse range of other staff members and alumni, we took part in a 72 hour creative sprint in order to make our artworks.

Looking to expand on certain ideas I was having about colour fonts, contextual alternatives and interactive delivery modes. For the show, I created a new font, Meela, based off my typeface Build (designed in 2006), which itself was originally inspired by Josef Albers and the Bauhaus.

In addition to this I created an animation titled ‘Thought Process’ which played on the big screen.

To allow visitors to engage and explore the font, I set up a work station the projected user input on to a large wall. Visitors were free to write whatever they liked, take a photograph and share it with others. 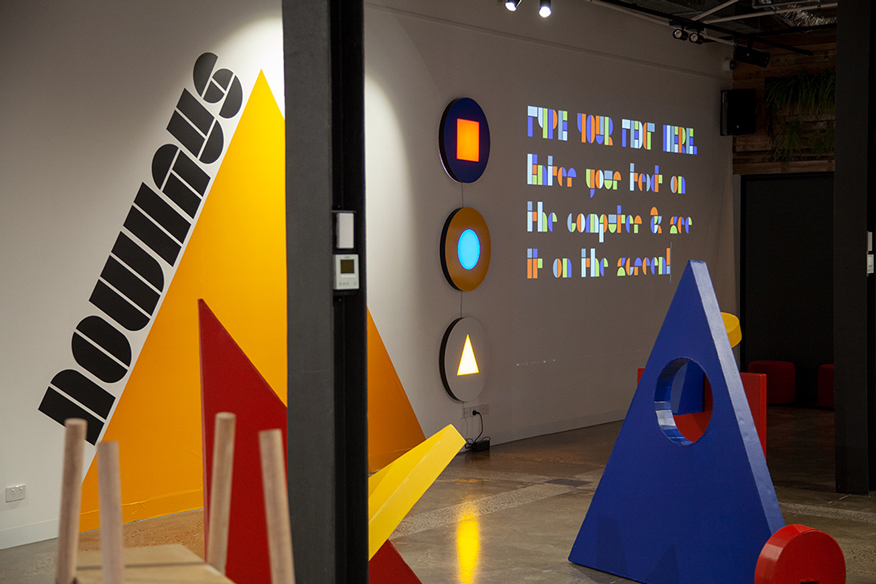 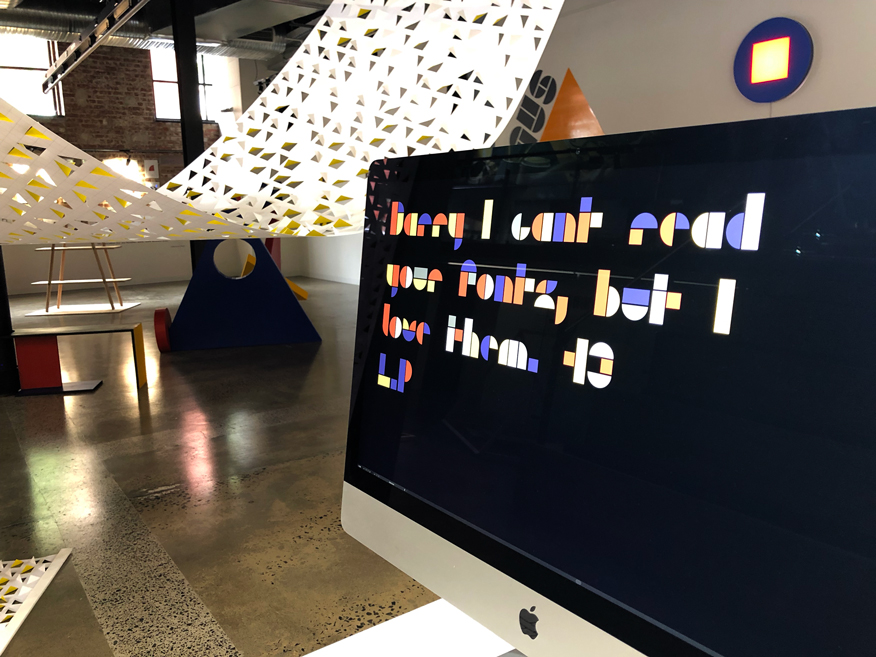 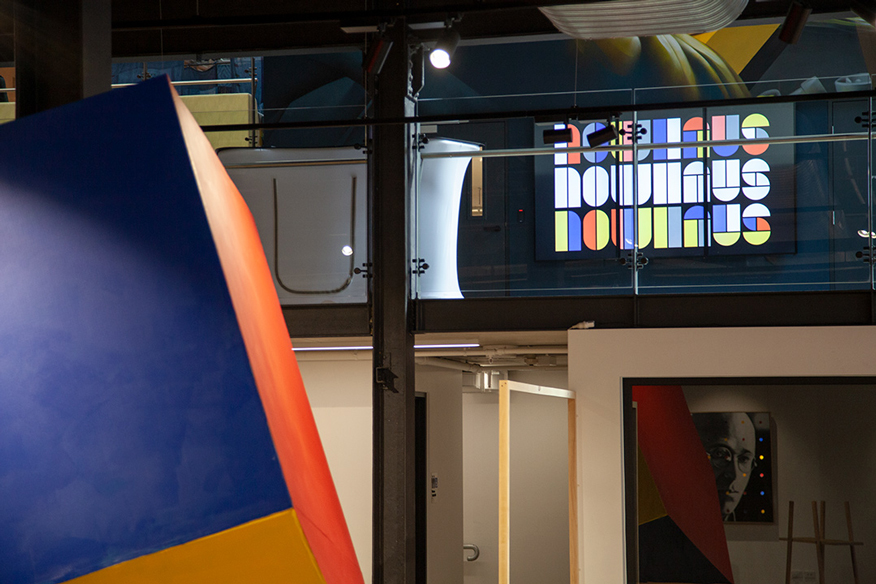 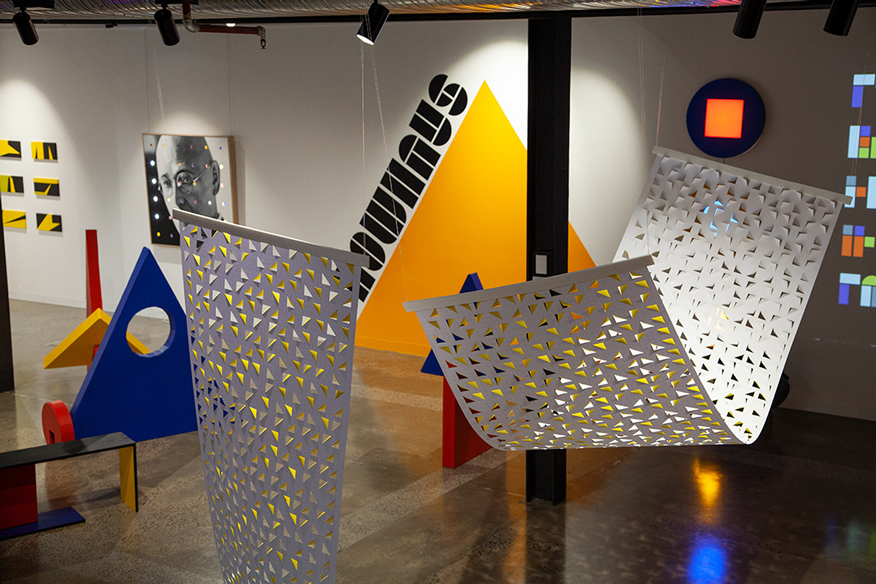