In March 2019 I was invited to celebrate the 100th anniversary of the Bauhaus by taking part in the Nowhaus exhibition held at LCI Melbourne for Melbourne Design Week.

To honour the great institute and inspiring people, I decided to further develop and expand on a typeface ‘Build’ I created in 2006 which was initially inspired by Josef Albers.

The resulting typeface was renamed ‘Meela’ and paid tribute to Modernism and Albers’ exploration of colour theory with repeat letterforms changing between four different colour ways through the use of contextual alternatives. Plus there is even the little added bonus of the ellipse character becoming a mini triangle, square and circle. 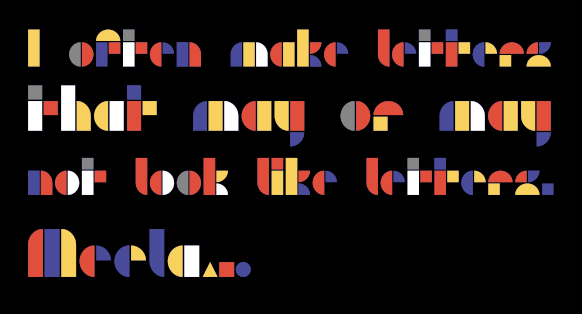 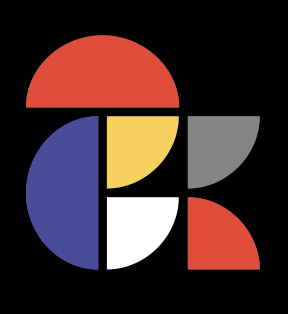 Finally updated my website with a bit of info about Meela, a font I made last year for the Nowhaus exhibition held at @lcimelbourne celebrating the 100th anniversary of the Bauhaus. #typedesign #speculatype #type