Womb was typeface designed as part of the ‘Everything in Between’ workshops run by 3 Deep Design in Melbourne, Australia. For this exercise we were given a letter of the alphabet (in my case ‘O’) and briefed to create a letterform/typeface around it.

With no other information to go off, I realized that at the time I always started my typefaces with the letter ‘O’ and therefore saw it as the ‘Mother’ of the letterforms. Based on this idea, I created each letter out of a series of shapes torn from thick black card and arranged each piece to create the various forms. The aim of which was to simulate a baby moving in a womb.

These shapes were later digitised. 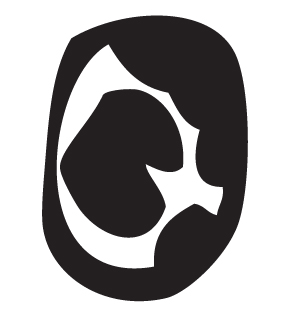