Tools of the Trade 2 Exhibition

When Gaston Castagnet and the Melbourne Lettering Club put the call out to be part of the second Tools of the Trade exhibition, I jumped at the chance to explore an alternative area of type creation.

Held in 2019 at Black Car Fitzroy in Fitzroy, Australia, the exhibition featured an awesome variety of work from many MLC members and friends.

With the theme of “brush”, the brief was simple: experiment, have fun, respect the deadline, don’t sweat it and use the A2 poster template provided. So began my path of exploration.

After playing around with different brushes, techniques and treatments I ended up following a direction that explored the additional restriction of black and white with two tone letters. Using the gridded page of the template, I created letters that pieced together to use as much of the space as possible like a jigsaw with all horizontal strokes using a grey brush and all vertical strokes using a black one.

The typeface itself is named “Gurty” after being heavily inspired by André Gürtler’s book Experiments with letterform and calligraphy (1997). 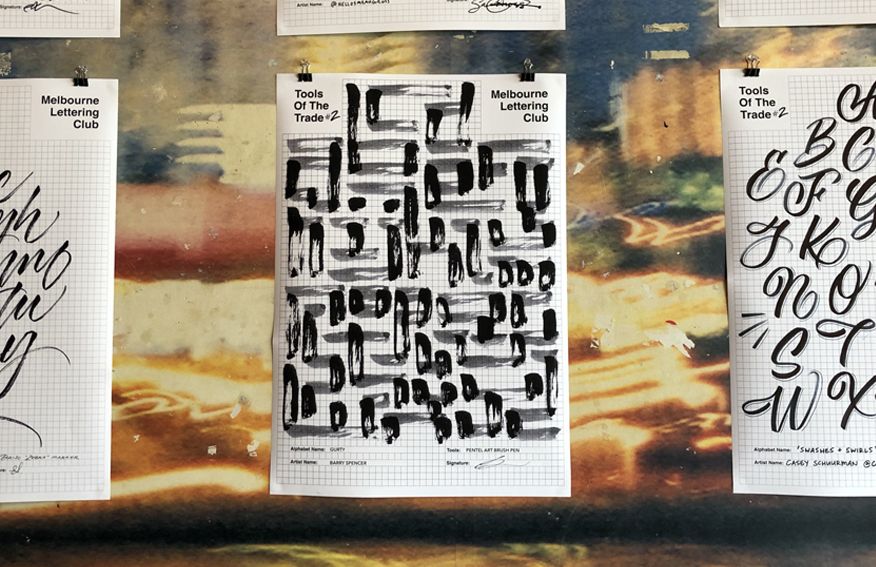 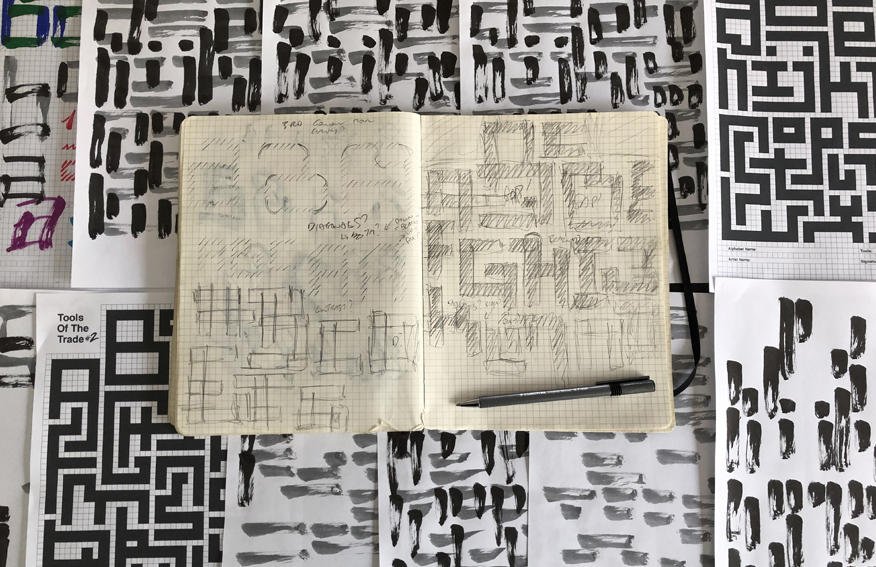